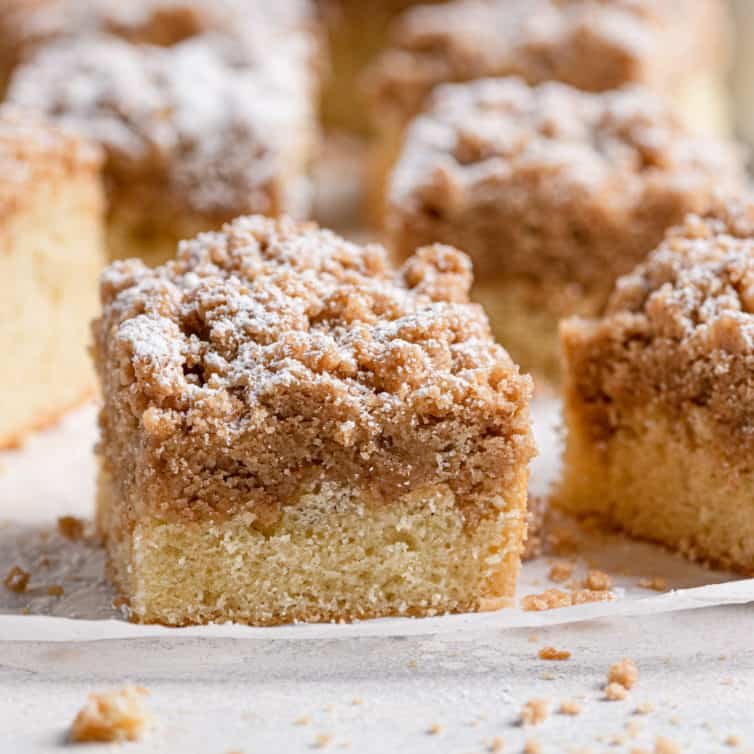 Made completely from scratch, this buttery New York-style crumb cake is topped with a thick layer of crumb that's simply irresistible. 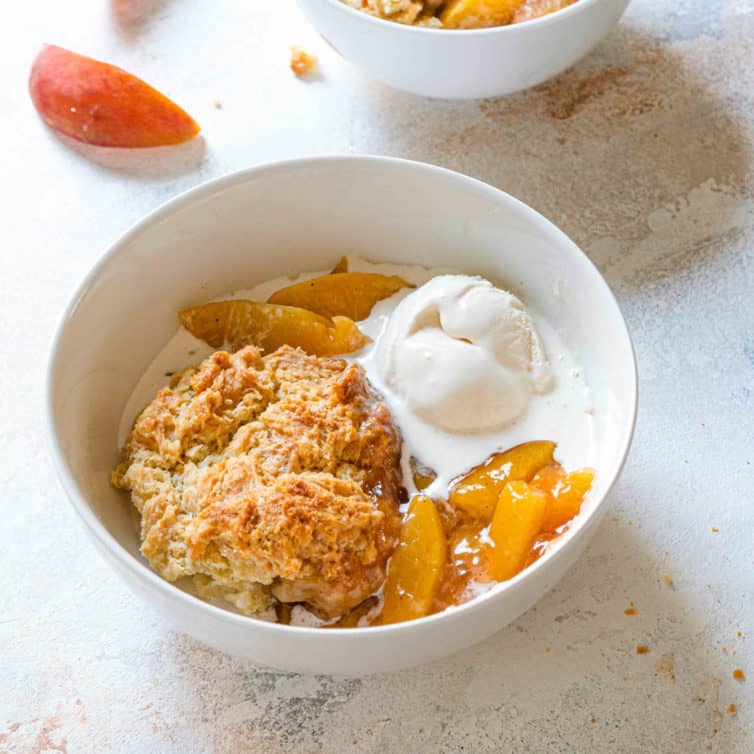 An easy peach cobbler recipe is a summer classic! Fresh peaches tossed with sugar and spice and topped with biscuit dough. Serve with ice cream! 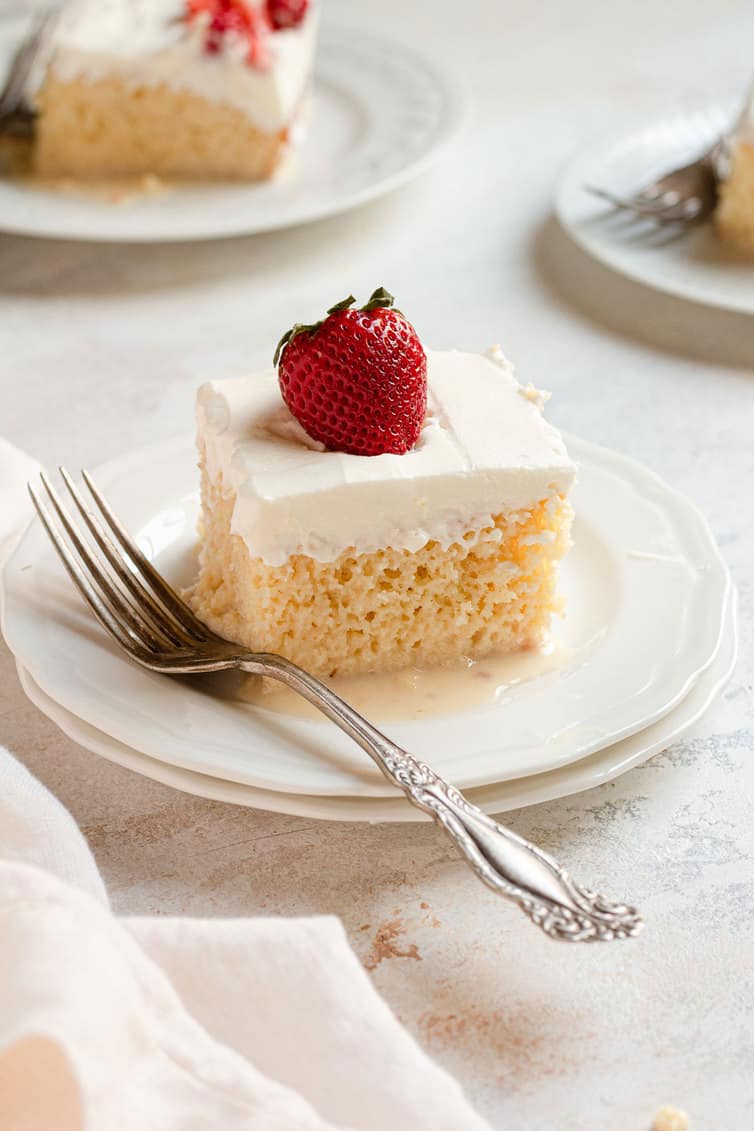 The Spanish word, Tres leches literally translates to “three milks”, which is exactly what is in the ingredients of this light sponge cake. In Mexico, it is a popular dessert to serve at any celebration.

It’s a beautiful vanilla cake, soaked in a sweet blend of milks, with a topping of luscious fresh whipped cream. This cake is quite possibly the best poke cake on the planet. 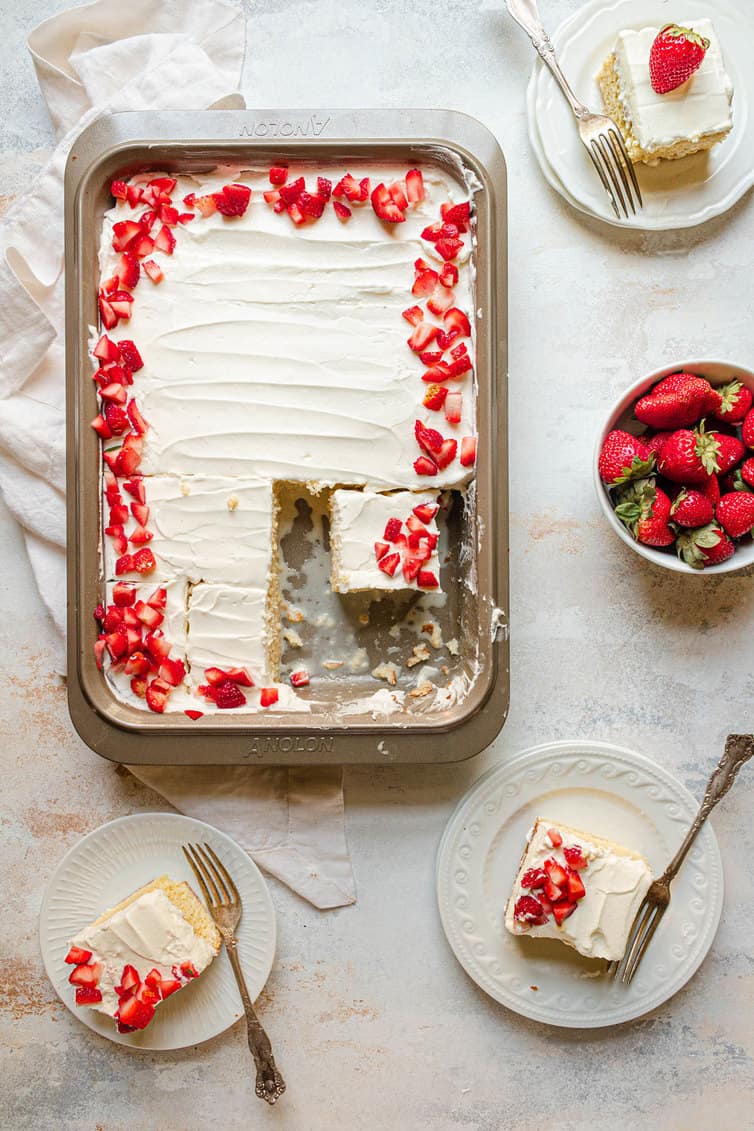 For the most authentic flavor, use the ingredients below, without substitutions except where noted:

For the milk glaze:

For the whipped cream topping: 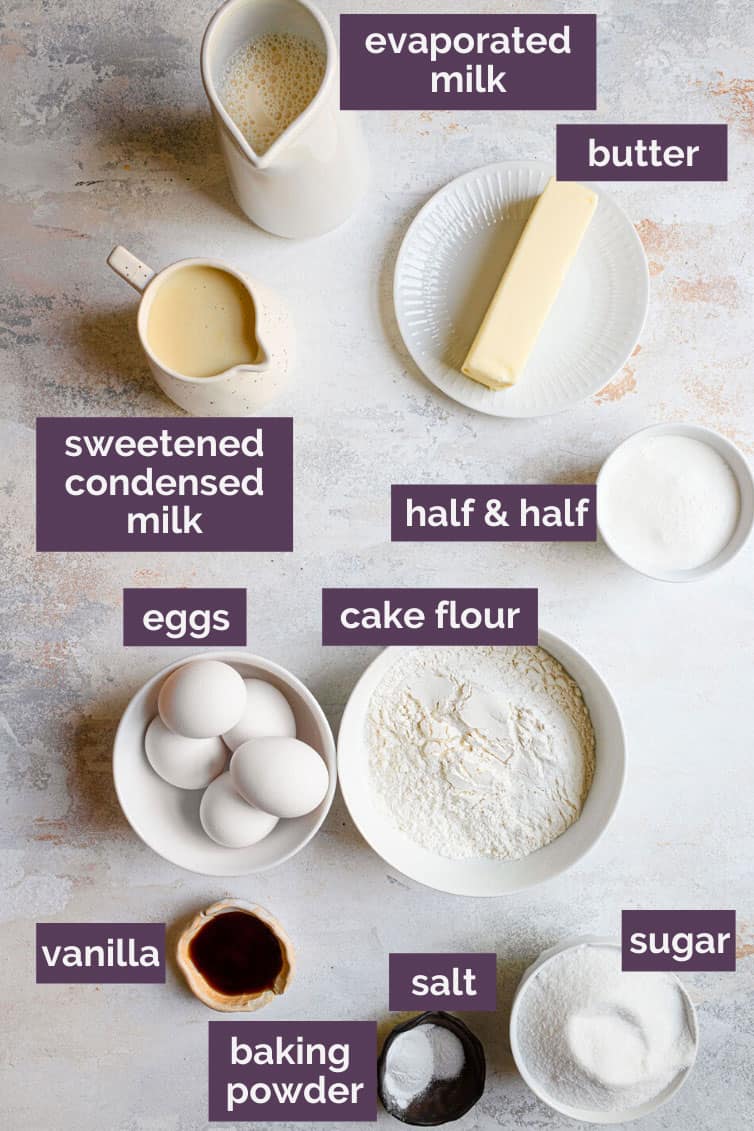 How to make the tres leches cake recipe

This is a pretty simple vanilla sponge cake recipe. You’ll use a creaming method to bring everything together. 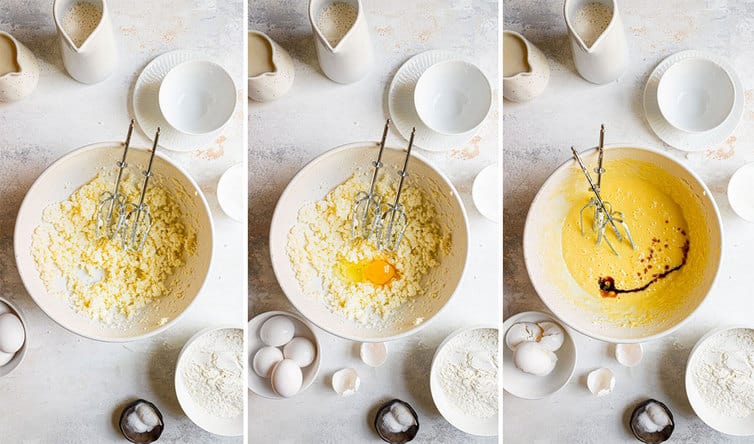 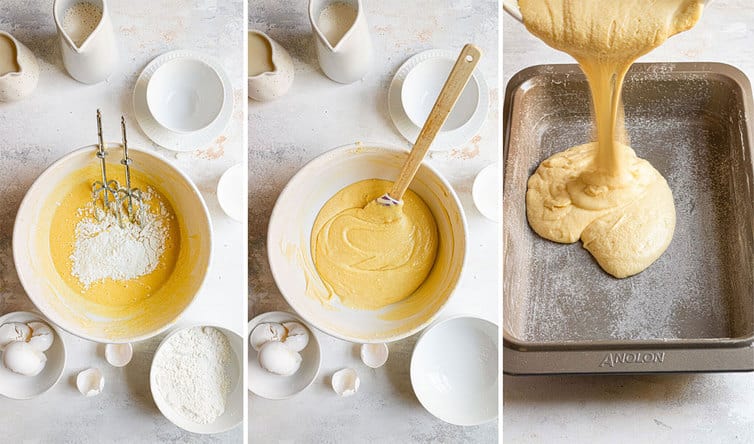 After it’s cool, you’ll use a wooden skewer or fork to poke holes all over the top of the cake. 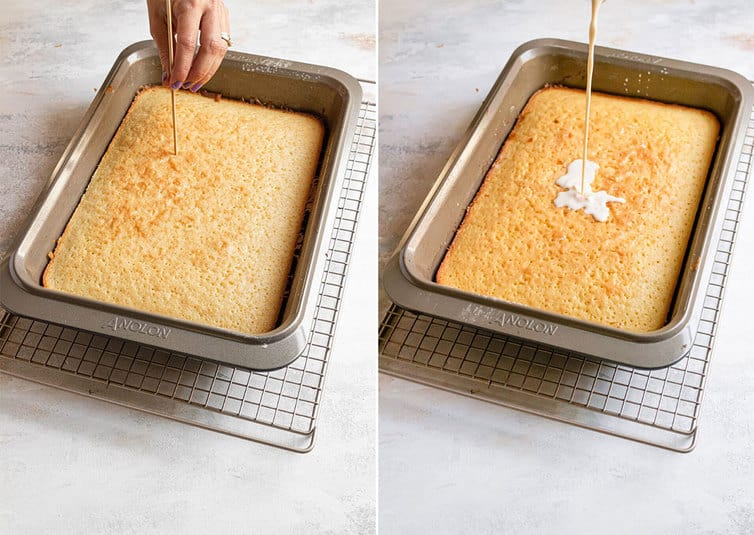 Preparing and adding the milk glaze: 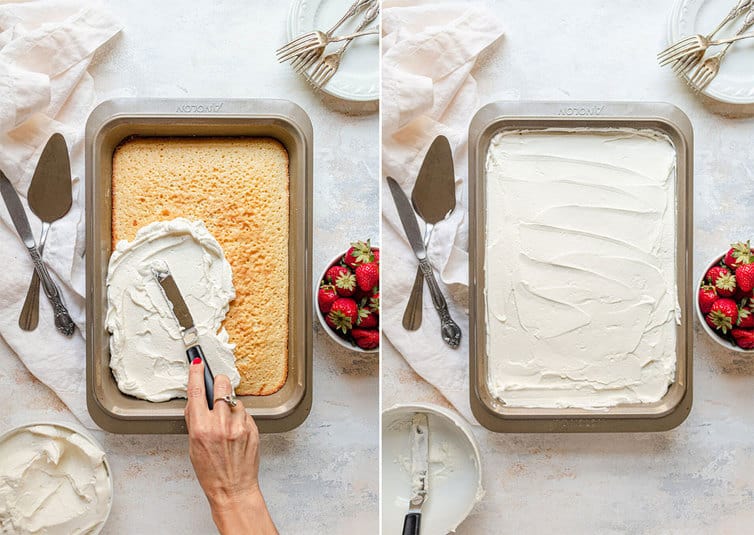 When you realize how easy it is to make the best whipped cream you’ll ever taste, you’ll never want to buy it again. 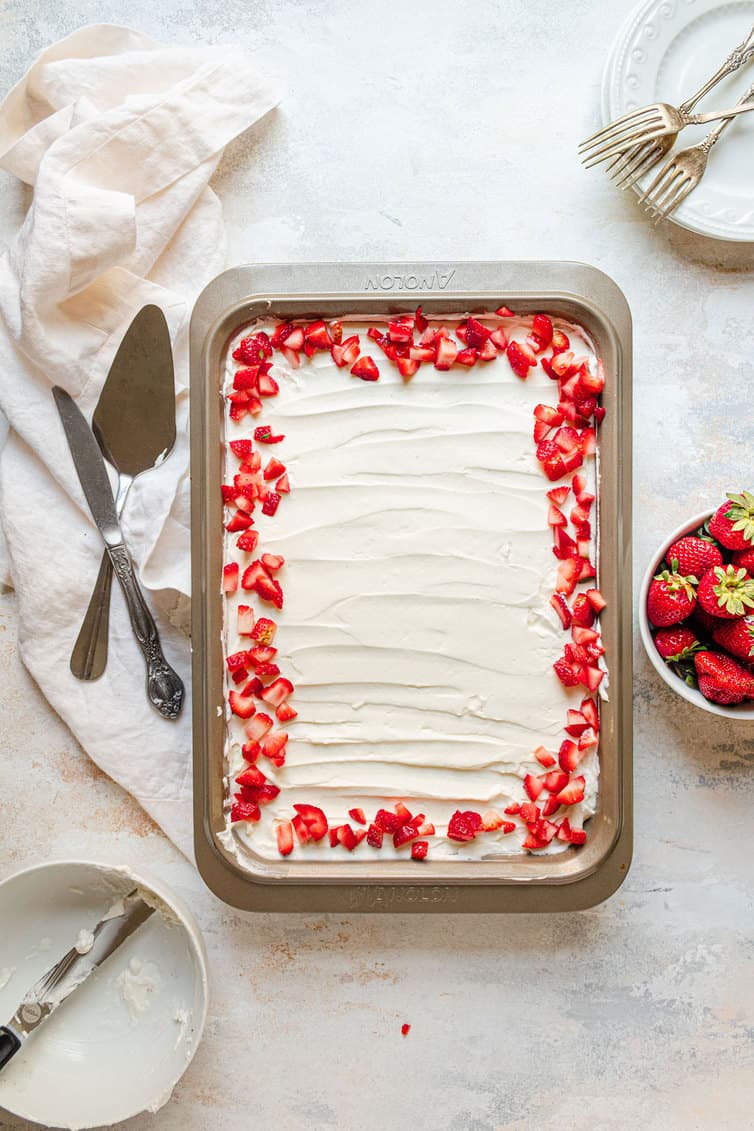 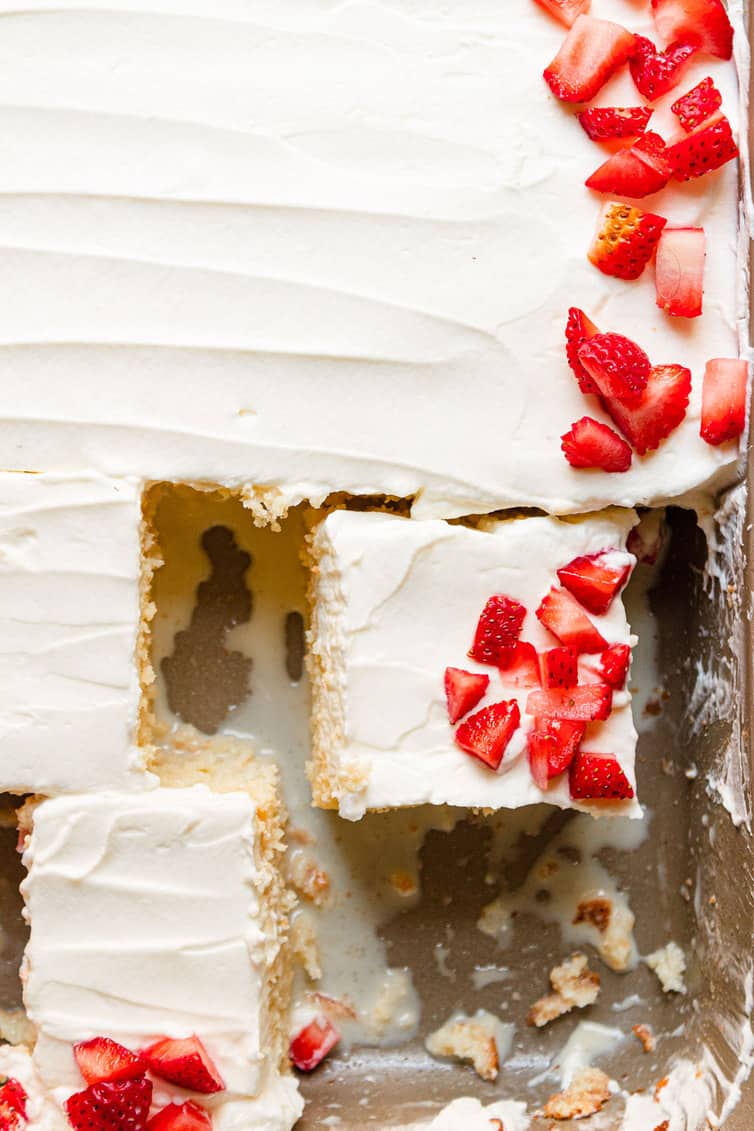 If you make this recipe and love it, I would so appreciate it if you would take a moment to leave a rating below. Thank you so much! 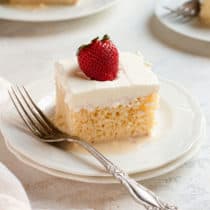 For the Three-Milk Glaze:

For the Whipped Cream:

[photos by Dee of One Sarcastic Baker]

Irish soda bread has a crisp crust and tender crumb, begging for butter. Make this recipe in one hour with simple ingredients!

Irish soda bread has a crisp crust and tender crumb, begging for butter. Make this recipe in one hour with simple ingredients! 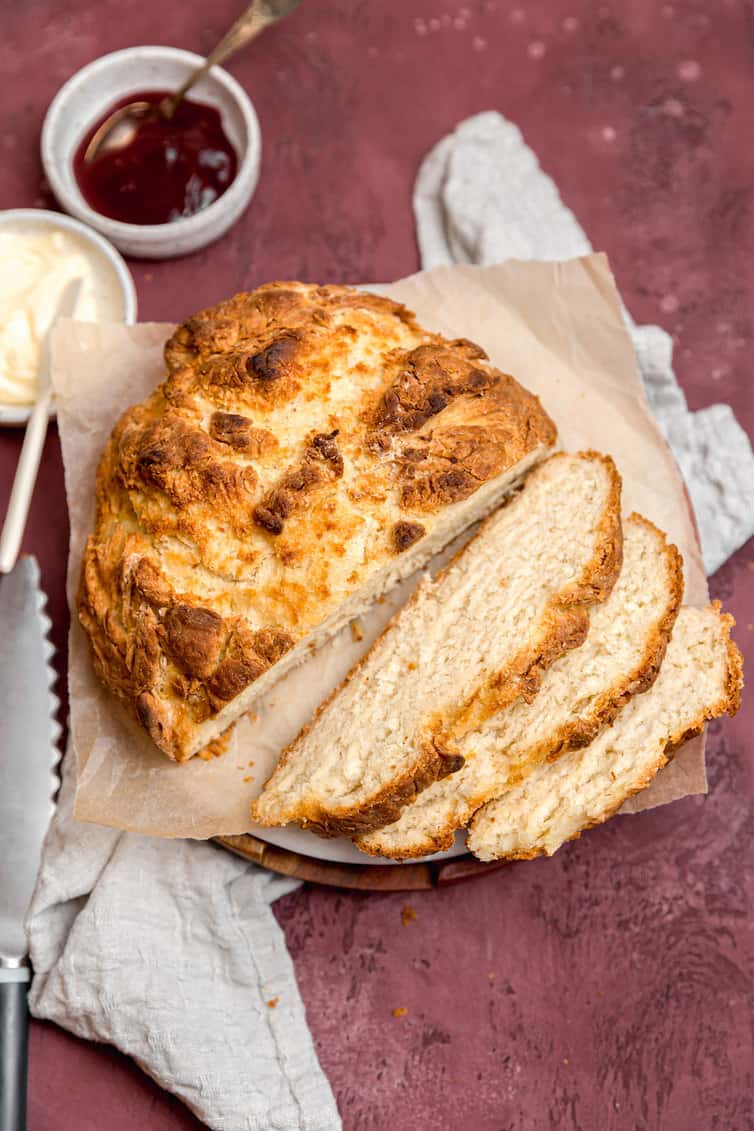 Following the lead of the traditional Irish recipe, we are making a simple bread that comes together quickly with just a few ingredients.

We get the same crispy outer crust and tender inner crumb, but amp it up with a little richness. It’s perfect for pairing with my Guiness Beef Stew on St. Patrick’s Day (or any day, really)!

I’ve made a ton of variations on traditional Irish soda bread over the years – scones, brown bread, whiskey soda bread with Irish whiskey butter, and rye soda bread – however, this original classic version continues to be my absolute favorite. It bakes up with a fabulous crisp crust and a light, tender crumb. It’s the perfect vehicle for slathering on embarrassing amounts of Kerrygold butter. 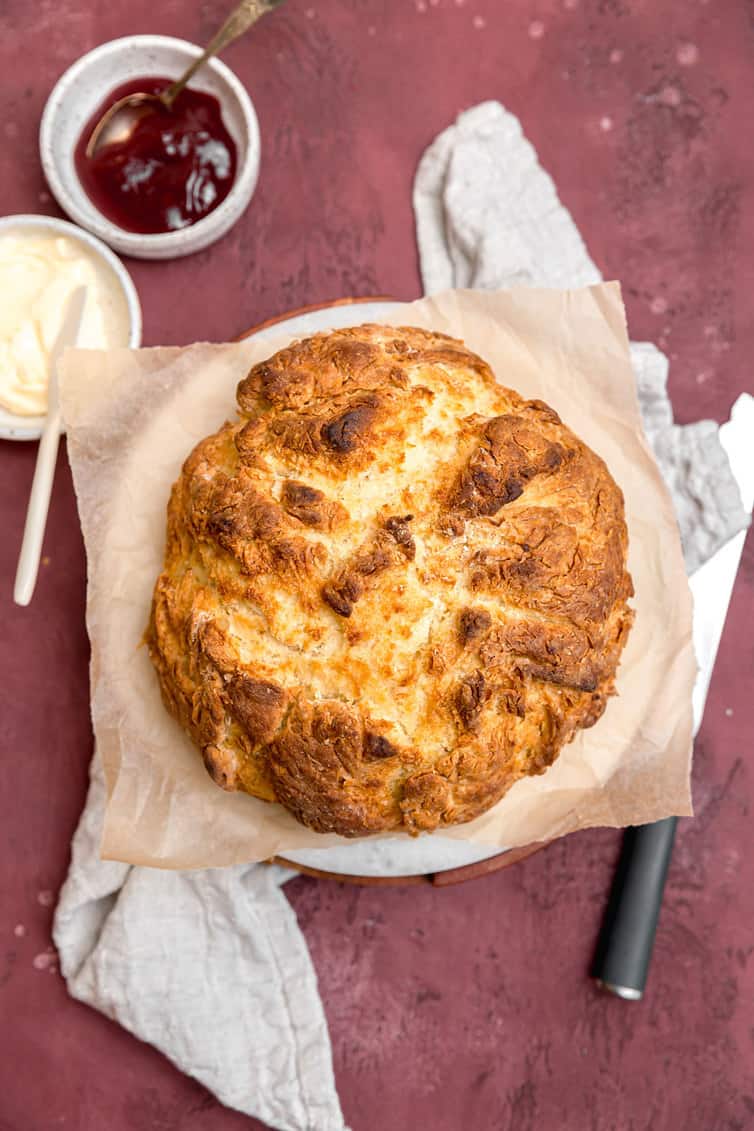 What is Irish soda bread

This easy bread is considered an iconic Irish recipe, like Shepherd’s Pie and corned beef.

It’s an adaptation of a quick bread developed by American settlers in the 1700s. The American version was made with potash – a precursor to modern-day baking soda.

By the mid-1800s, sodium bicarbonate (the scientific name for baking soda) became commercially available in Europe and Irish soda bread was born.

They are mixed together just until a rough dough forms and baked golden brown.

The resulting bread has a crispy exterior and soft, tender interior. It welcomes butter and is perfect for sopping up a delicious stew. 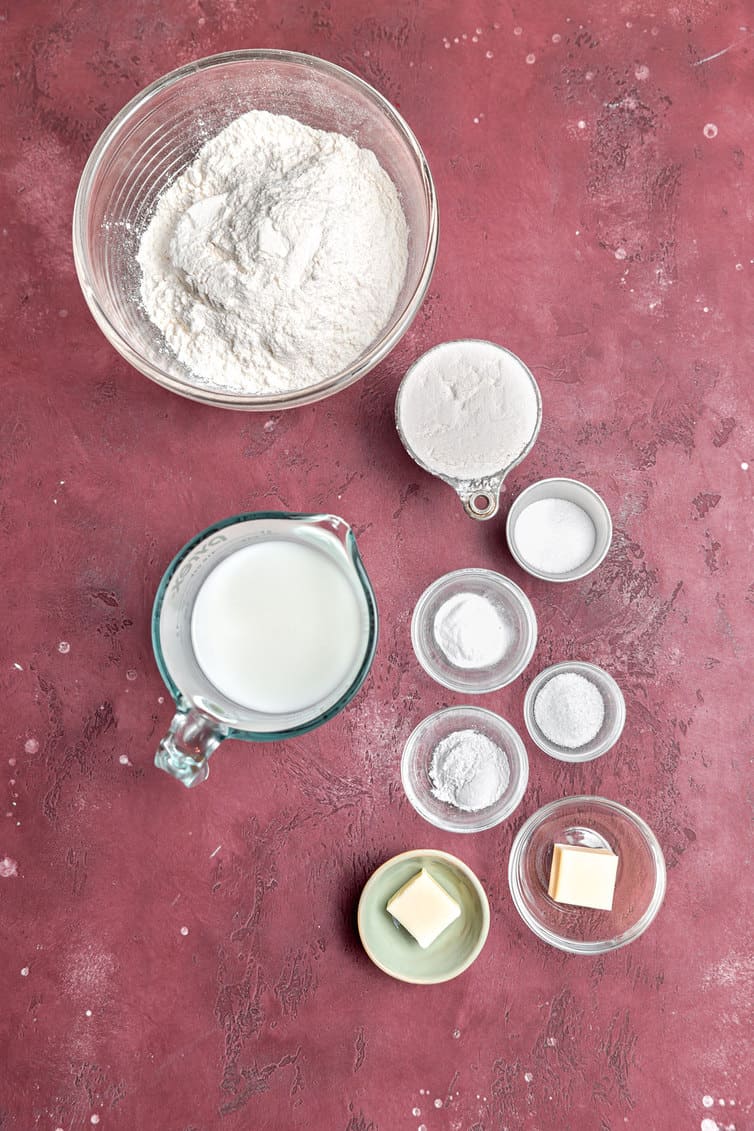 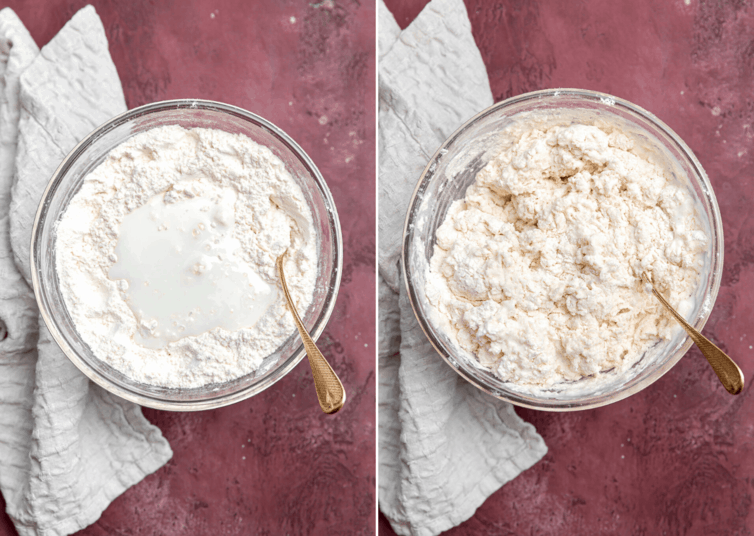 How to make Irish soda bread

Because this is a “quick bread” recipe, the process is very easy and only takes about ten minutes! 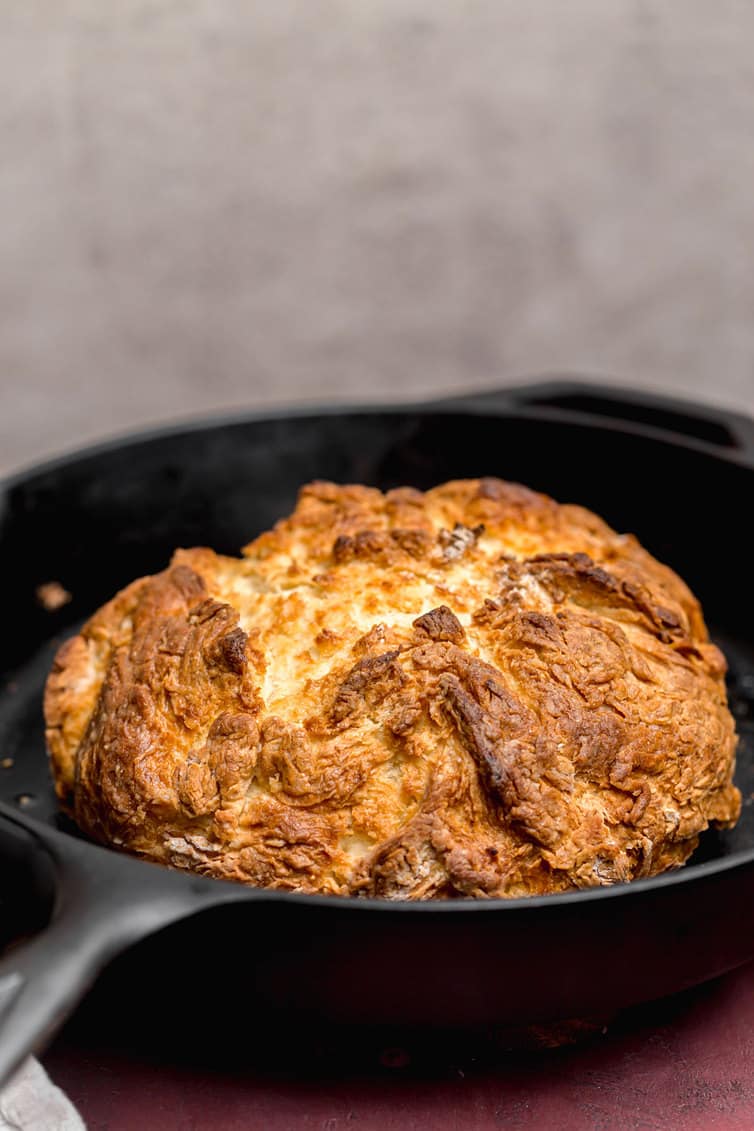 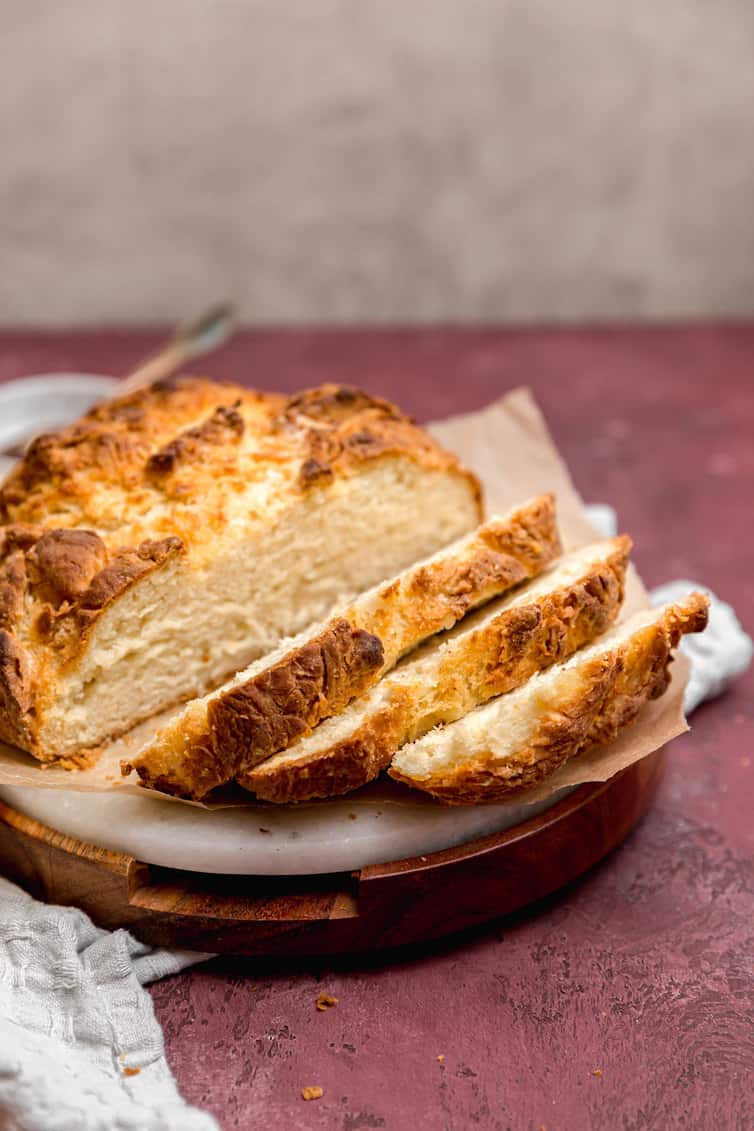 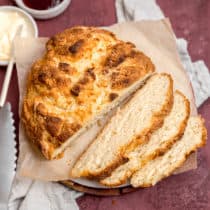 Originally published in 2009, this has been updated to include new photos and more in-depth recipe tips.