Butternut Squash Mushroom Tacos with Chimichurri are loaded with flavor! You will love these healthy vegetarian tacos! They are perfect for Taco Tuesday or any day! Vegetarian Tacos Meatless Monday? Taco Tuesday? Delicious dinner for any day of the wee… 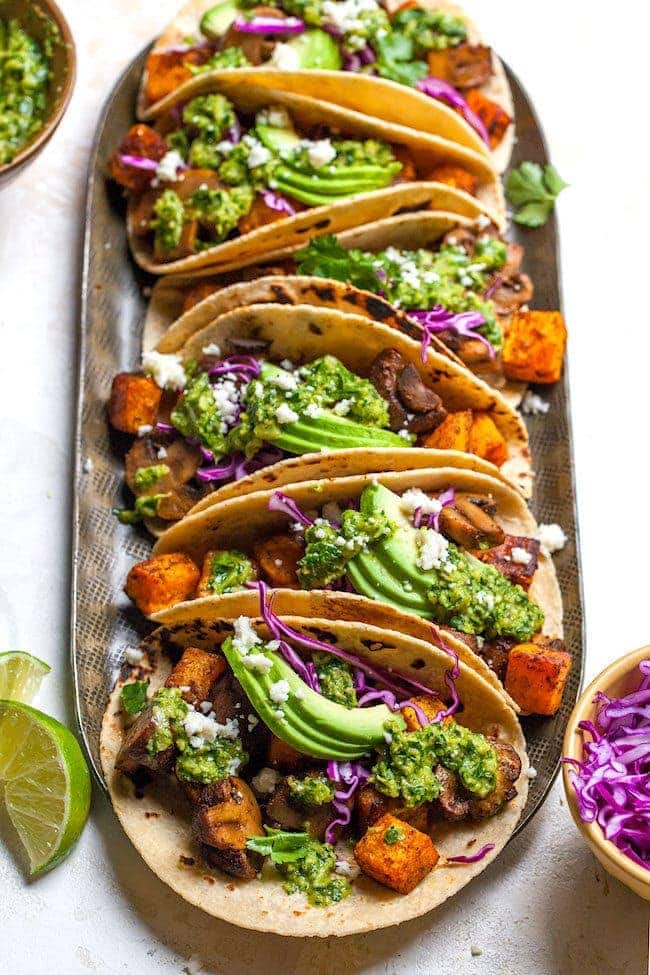 So chimichurri quinoa with flank steak may be my new favorite thing! And say hello to the best summer dinner ever.  Everything you want in this bowl, right here! I love 2019. I love that we can throw whatever we want in a bowl, call it a “bowl” and have an acceptable dinner. Sure, I […]

So chimichurri quinoa with flank steak may be my new favorite thing! 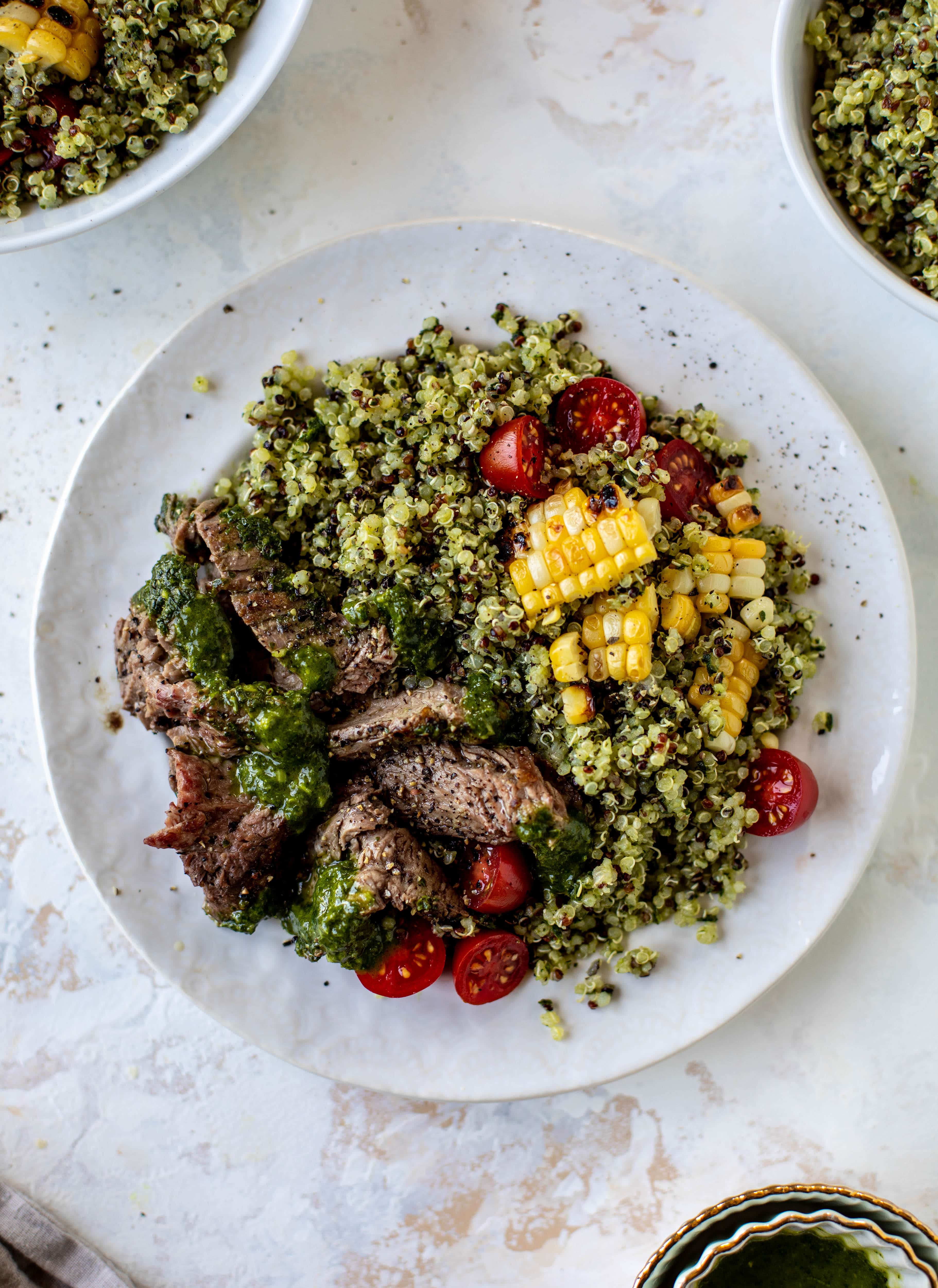 And say hello to the best summer dinner ever. Everything you want in this bowl, right here!

I love 2019. I love that we can throw whatever we want in a bowl, call it a “bowl” and have an acceptable dinner. Sure, I mean, maybe it wouldn’t happen like that if said bowl was filled with salted cookie dough ice cream, but this is almost as good.

You know that I’m a flank steak freak. Or, should I say that I basically only cook flank steak because that’s what we grew up eating and it’s what I gravitate to the most for easy weeknight meals. It’s easy, it’s simple, it’s flavorful, it cooks quickly – what more do I need?! Of course, I make it with chimichurri all the time. Since you might have leftovers from one of my many steak + chimichurri escapades, I figured I’d add another option to the list.

The flank steak here is MAJORLY marinated. I used my mom’s marinade from when I was a kid – I posted the marinade recipe on the blog during the first week or so that I was blogging, so needless to say, the post is horrifying. Thankfully, I included the marinade recipe down below (because, hi, I don’t want to go look at a million other posts for recipes either!) and it’s one of those that we just love and adore on everything. It works on all cuts of meat, salmon steaks and even vegetables. It’s really delish.

And what I love about that marinade here is that it doesn’t take away from the chimichurri quinoa! Can I just call it the chimi quinoa? Because that’s what I’m calling it in my head.

ANYHOO. This is my new favorite way to flavor quinoa. I actually LOVE quinoa because it has that little pop of texture, but sometimes it’s just rather bland for my liking. This version is fantastic.

And the good news is that you can use pesto instead of chimichurri.

Right now in this late summer season, I’m making a batch of pesto or chimichurri every other week or so. I store the leftovers in the fridge to add a bit of oomph to our weeknight meals. It’s such a good way of changing things up by having a prepared sauce in the moment. However, I often find myself left with a lot of it. Using it up in ways like this? It’s such a great idea.

Together, the marinated steak and chimi quinoa are AMAZING. I love the combo. It’s a satisfying meal but also fairly light. Like, as light as steak can be, you know?

I know you know and that’s why I love you. This chimichurri quinoa with flank steak is so incredibly delicious and flavorful! The steak is juicy and tender; the quinoa is loaded with flavor. Love it! p.s. throw it whatever else you have in your garden!