Traditional English crumpets are perfect for breakfast or snacks! This crumpet recipe has all the tricks to making them homemade.…

Traditional English crumpets are perfect for breakfast or snacks! This crumpet recipe has all the tricks to making them homemade.

Behold: perfect circles of golden batter that’s crispy on the outside and spongy on the inside, ideal for topping with butter or jam. Yes, they’re traditional English crumpets! This mashup of an English muffin and a pancake is one of the most satisfying breakfast or snacks you’ll find. We were craving the magic of this tasty treat, so we spent hours honing this homemade crumpet recipe for you! It’s a fun cooking project that results in irresistible golden orbs with the best yeasted flavor and spongy texture. Our family can’t resist one warm from the toaster. Here’s how it’s done!

What is a crumpet?

A crumpet is a traditional English round bread made with flour, milk, and yeast and cooked on a griddle. The surface of a crumpet has delicate round holes, bubbles from the yeast that rise to the surface during cooking. They’re often served topped with butter, jam, clotted cream, or honey.

Crumpets are a traditional tea time snack (tea and crumpets, anyone?). They’re popular in the UK and other former British territories like Canada and Australia. Crumpets are similar to English muffins, but English muffins have a more bready texture, are served split in half, and don’t have the signature holes on top.

How to make this crumpet recipe: an overview!

Purchased crumpets give something to be desired in the flavor and texture department. So why not make them homemade? We spent hours honing this master crumpets recipe for how to make these treats at home. Here’s the basic outline of what you’re getting yourself into with this crumpet recipe. The process takes about 2 hours total. You can then refrigerate or freeze them for eating all week! Here’s an outline of what you’ll have to do (jump to the recipe for full details):

The only special equipment you’ll need to make homemade crumpets? Crumpet rings! These 3 1/2-inch wide rings make the signature round shape. Here are a few things to note about the rings:

A few tips on this crumpet recipe

Once you’ve got the rings, you’re well on your way to homemade crumpets. Here are a few tips on the batter-making and cooking process:

The best crumpet is one that’s hot off the griddle, slathered with salted butter! But since this recipe makes 12 to 14, you won’t be eating all of them that way. Here are a few notes on storing homemade crumpets:

How to serve crumpets

And now for the best part: eating them! This crumpet recipe is best toasted: so make sure to pop it in the toaster prior to serving. Then top it with one or more of the toppings below: 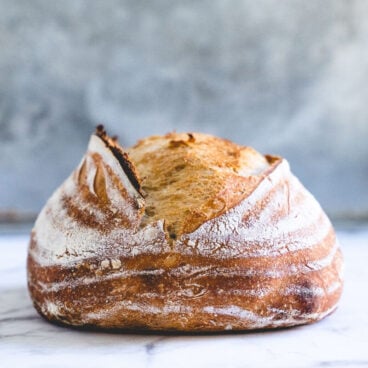 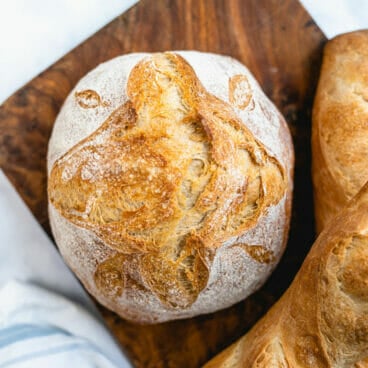 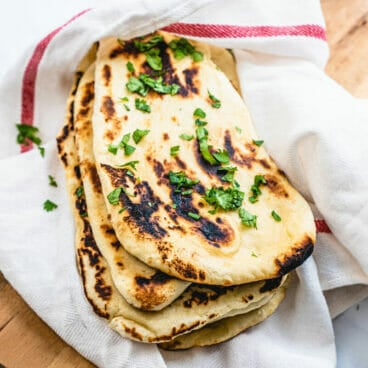 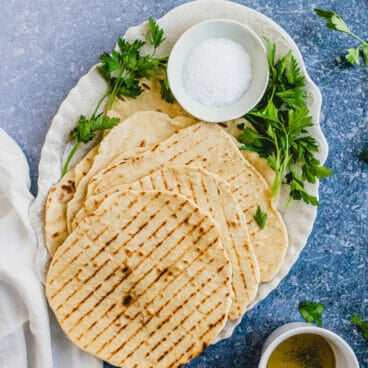 This crumpet recipe is…

Vegetarian. For vegan or plant-based, use oat milk.

Traditional English crumpets are perfect for breakfast or snacks! This crumpet recipe has all the tricks to making them homemade.

*We found it’s worth investing in non-stick rings, since we had issues with sticking on aluminum rings.

**We have not tested a vegan variation, but it should work with oat milk! Let us know if you try.

Keywords: Crumpets, what is a crumpet, crumpet recipe