This rum cake is made completely from scratch, has the most tender, moist crumb, and is drenched in rum flavor without being overpowering. Perfection!

This rum cake recipe is made from scratch, has the most tender, moist crumb, and is drenched in rum flavor without being overpowering. A fantastic dessert that’s equally suitable for weekly family dinners, fancy dinner parties, or holiday celebrations. 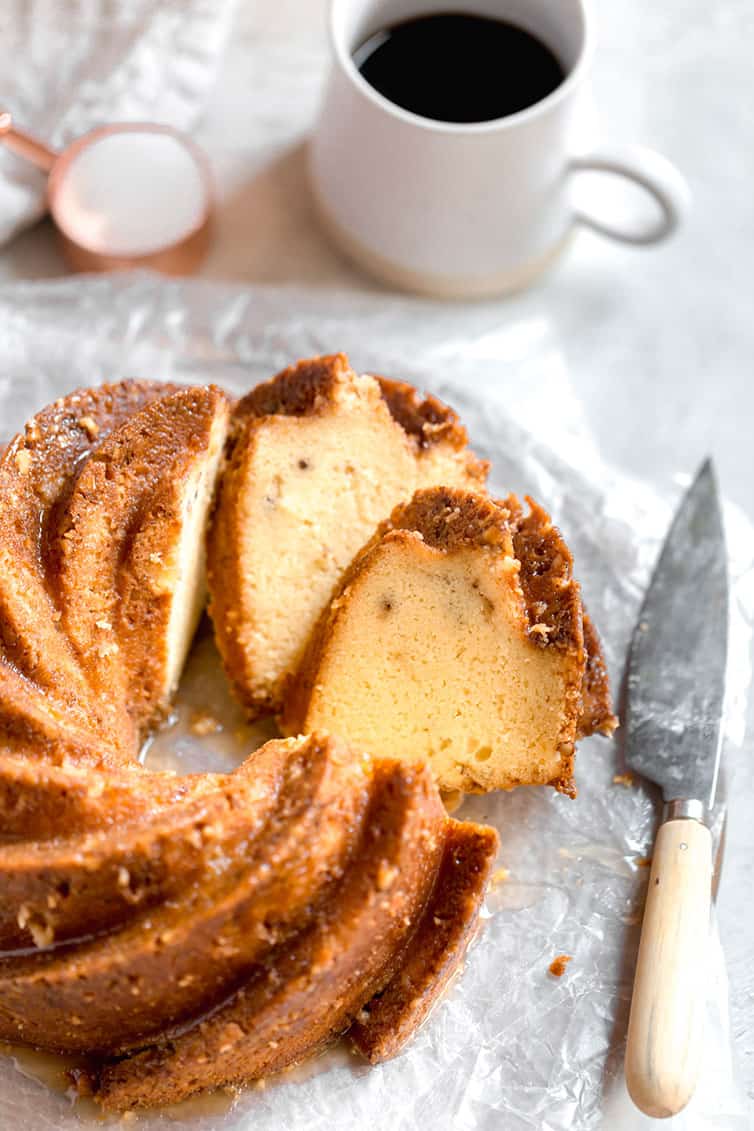 Rum cake. A dessert that is nostalgic and old-school, and one for which just about everyone has a family recipe.

Rum cake was one of a small rotation of desserts that showed up at my grandma’s house on Sunday afternoons. You could usually count on one of the following: rum cake, icebox cake, angel food cake with strawberries and whipped cream, or poor man’s cookies. There were some weeks that we made do with Klondike bars from the freezer, but for the most part, we got to indulge in one of those four desserts. My great aunt made a killer rum cake that I could appreciate even as a kid.

I remember it being so thick and moist, and of course, packed with rum. The problem I ran into is that my aunt always used a box cake mix, and all of the recipes I found online were the same, and I wanted a homemade cake. I finally found a recipe that I tweaked to rum-soaked perfection. 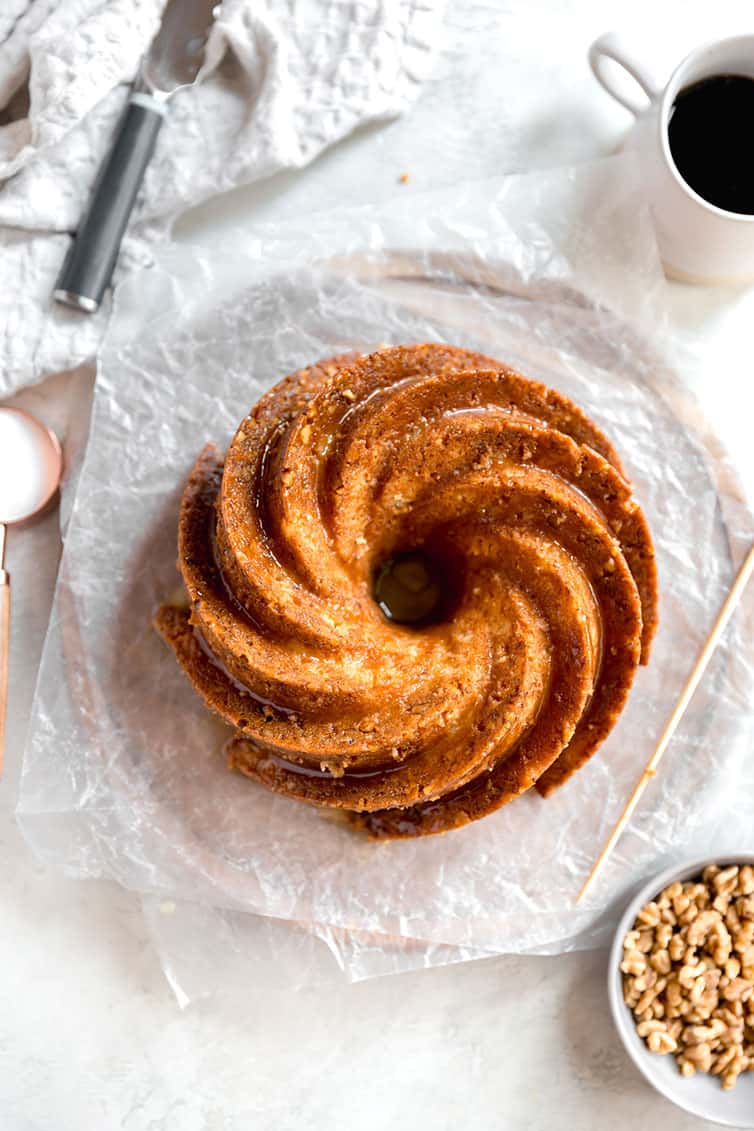 A couple of years ago, my husband requested rum cake for his birthday dinner dessert. He had talked before about the rum cake that his grandma used to make and how amazing it was, but it had been so long since I made this recipe that he had never tried it! I was hoping that it would live up to his expectations, and he LOVED it.

He said that sometimes the rum flavor can be way too much, but that this was absolutely perfect. Tons of flavor but not overpowering, and the cake itself is so incredibly moist and flavorful. 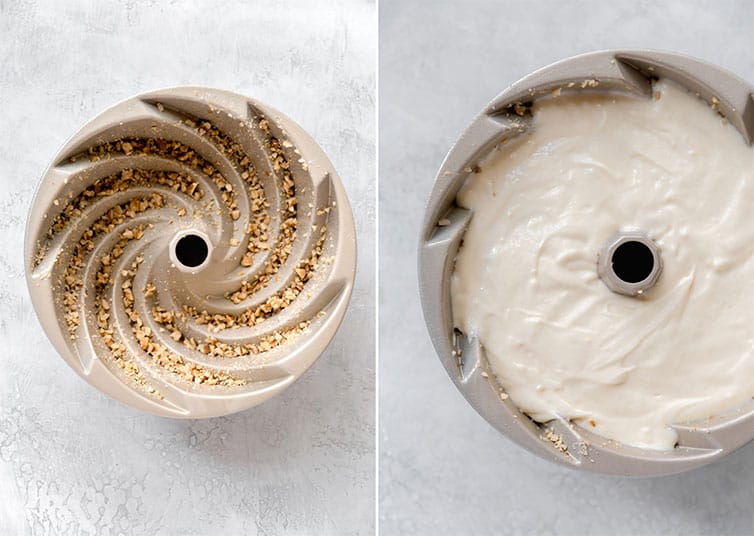 The key to the cake is twofold. First, make sure that you aren’t shy when it comes to poking holes all over the cake when it’s time for the rum syrup. The more holes the better, as the rum syrup will have more places to hide in the cake, which means that it will soak into the cake more evenly, and won’t pool on the bottom of the serving plate.

Secondly, when you drizzle the rum syrup over the top of the cake, you want to go verrrrry slowly so it has a chance to seep into all of those wonderful holes. In this instance, you want to be the tortoise, and not the hare. 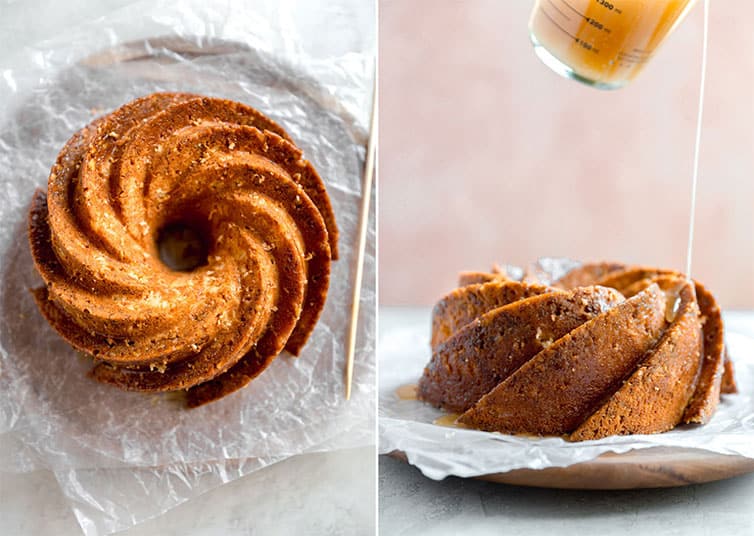 As you’d imagine, this gets better the longer you let it sit and soak, so you can absolutely make this cake a day ahead of time. Then behold all of the 100% homemade, no box mix, rum-soaked cake goodness!

A few suggestions and recommendations for making this cake the best rum cake ever: 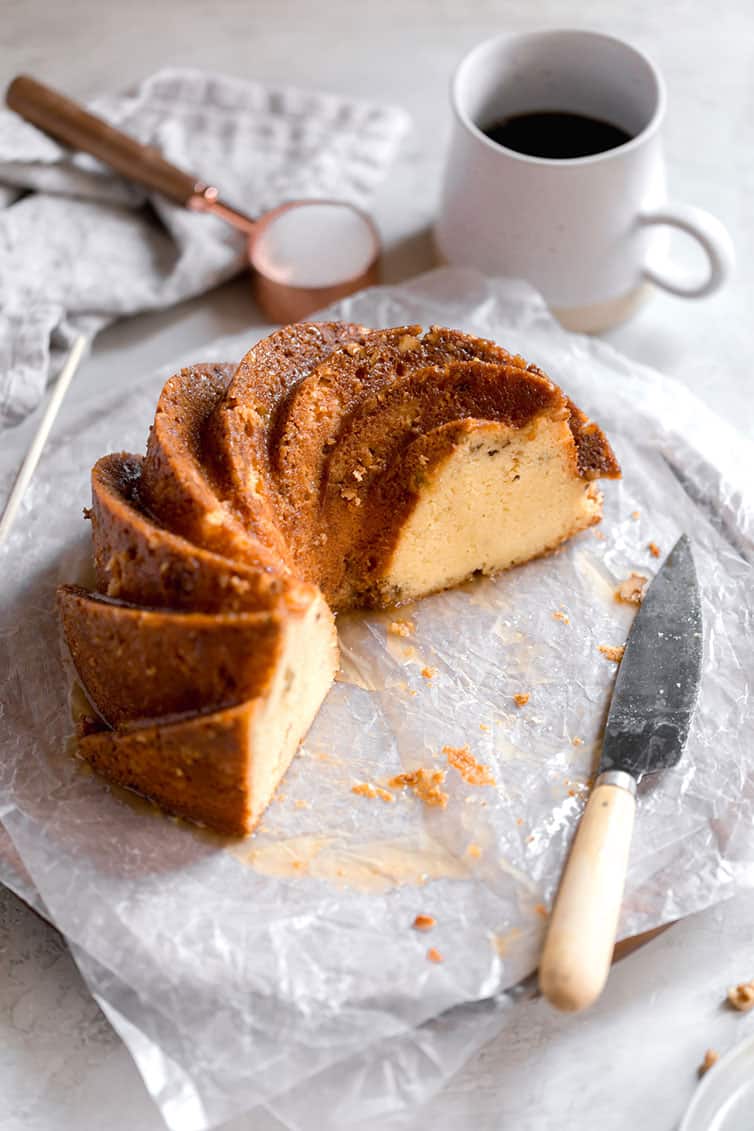 Watch How to Make This Phenomenal Rum Cake Recipe 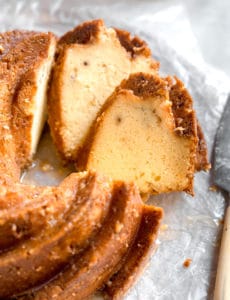 This rum cake recipe is made completely from scratch, has the most tender, moist crumb, and is drenched in rum flavor without being overpowering. Perfection!

For the Rum Syrup:

This recipe was originally published in April 2012, updated in February 2017 with new photos, then refreshed in August 2019 with improved photos, a video, and better recipe instructions.