This classic gazpacho recipe is a vibrant red-orange and full of traditional Spanish flavor! It’s quick to blend up this…

This classic gazpacho recipe is a vibrant red-orange and full of traditional Spanish flavor! It’s quick to blend up this summer soup.

What’s better than a creamy, cool gazpacho on a blazing hot day? Sure, some Americans aren’t into cold soups. But this Spanish soup, born in the heat of Southern Spain, is the true definition of refreshing. The cool puree of tomato and cucumber against the zing of the sherry vinegar and rich olive oil is truly one of life’s great pleasures. Finally, we’ve got a great recipe for a summer gazpacho: made like the Spanish do.

Gazpacho is a cold tomato-based soup from the Andalusia region of Southern Spain. It’s made of raw, pureed vegetables and is now eaten around the world. An important thing about gazpacho: it’s intended as a refreshment on a hot day, not to be a filling main course! So it’s usually served as a starter or tapas recipe. There are a few similar Spanish soups, like salmorejo (creamier and made with bread) and ajoblanco (a white garlic version).

Lucky for us, Alex and I have been able to experience first hand a good, cold gazpacho in the Spanish heat! It was our first meal in country on a trip to Spain a few years ago, in a tiny restaurant in the center of a white-washed village. Dang, was it refreshing! Since then, we’ve been perfecting our perfect gazpacho recipe to recreate that special moment.

Ingredients in a classic gazpacho recipe

The ingredients in a classic Spanish gazpacho vary, like any traditional recipe. Everyone has their perfect way to make gazpacho! Here are the ingredients we selected to make this gazpacho similar to our perfect Spanish rendition:

What makes this gazpacho recipe great

There are good gazpacho recipes, and there are great ones. We hope you’ll find this one to be in the latter category! We’ve studied the Spanish tradition and tried to stick as close to authentic as possible. Here are a few notes on what makes this recipe great:

Gazpacho is very simple to make: simply throw the ingredients in a blender, and blend until pureed! The hardest part is waiting for it to chill. Here are a few notes:

How to garnish gazpacho

A great gazpacho is also all about the garnish! It works in either bowls or small cups or glasses. It’s most often served with chopped veggies and a crusty piece of bread. Here’s what to use for a garnish for gazpacho:

Love Spanish recipes? After studying in Spain years ago, I fell head over heels with this special cuisine. Here are a few more of the Spanish recipes we love to make at home: 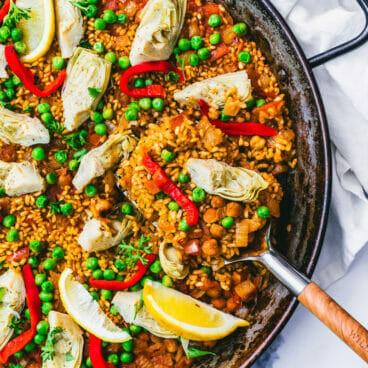 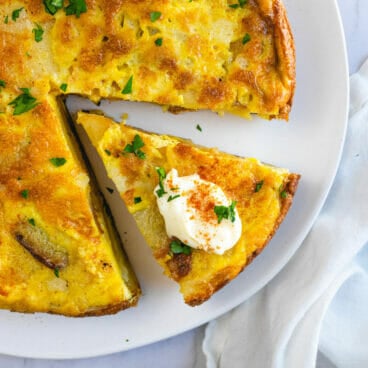 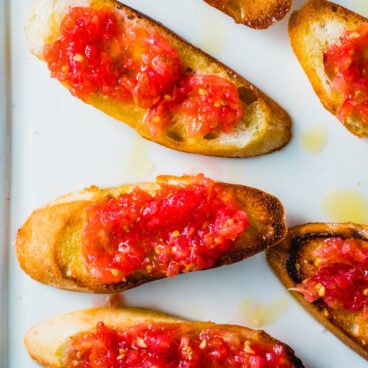 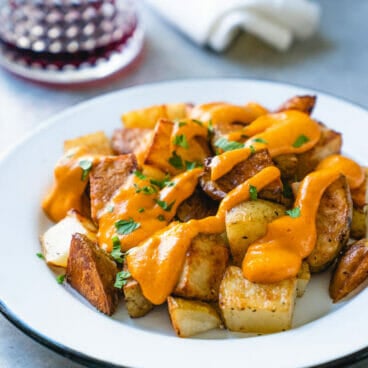 This gazpacho recipe is…