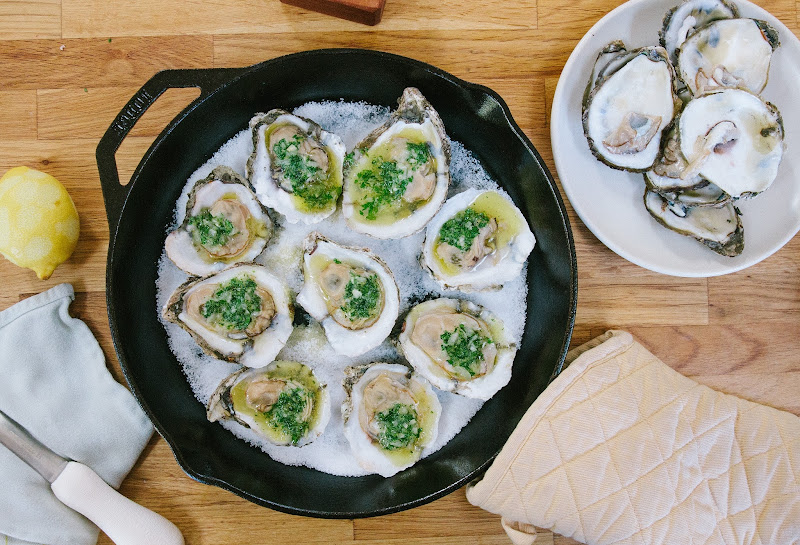 We’re packing up to spend a few days in Palm Springs with my mom, step-dad, and uncle. And while Teddy is at pre-school and Isaac at daycare (He started a few weeks ago, three times a week. More on that later maybe.), I wanted to pack up a few things I didn’t want the kids to get into. I started with the stuff I’m going to need for the grief ritual I’m planning on leading.

If you follow this blog with any regularity, talking about grief rituals is clearly where I was headed, right? If you follow this blog, or read my book, you may also remember that I lost my grandma and my dad within weeks of each other in November of 2013. This November, we lost my Aunt Martha. At first I was planning the grief ritual solely for Martha, since I couldn’t make it to her memorial service. But then I realized that I wasn’t able to make it to my grandma’s memorial service either. My dad’s death kind of lives in my mind with my grandma’s, so naturally he got pulled into it too.

I’ve never participated in a non-funeral grief ritual before let alone led one. I’m a WASP from a long line of WASPs. We don’t excel at talking about our feelings. We don’t excel at showing our feelings. We are stoic strivers! So, obviously, I am following the guidelines of a grief ritual as explained to me by Francis Weller in his book, say it with me now: The Wild Edge of Sorrow.

I think part of the reason I’m telling you all of this is to keep me to my word. I’m afraid to lead a grief ritual! I’m afraid to be vulnerable in front of my family!

The ritual itself is very simple. It involves a shrine, a bowl of water, and some stones. Weller uses the word “shrine” in passing, therefore, leaving it open to interpretation. I’ve decided some photos will work. I went through my wedding album and pulled ones of my grandma, my dad, and Martha. I’m also bringing David Whyte’s book of poetry, Everything is Waiting for You, in case I want to read a poem. I’m going to play it by ear. In short: Look out, Palm Springs. Here we come! 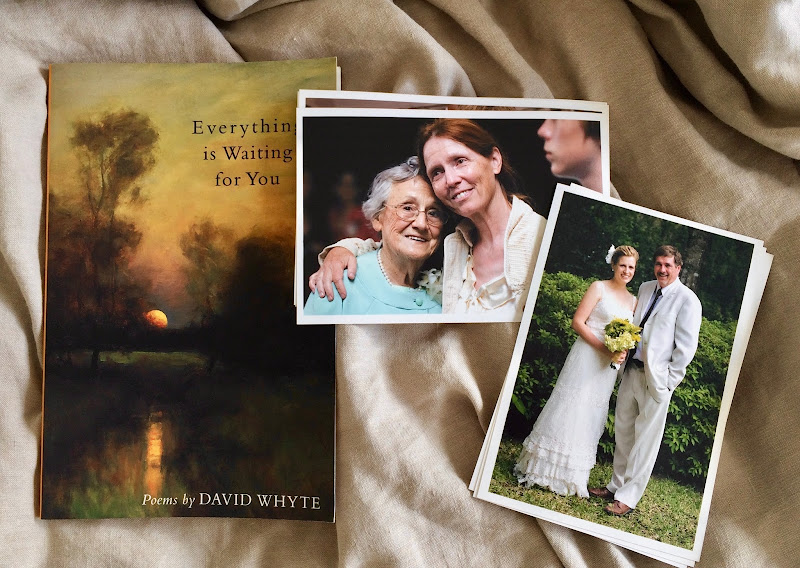 I think the other reason I’m telling you all of this is because I want to remind myself to: Arrive curious, without the armor / of certainty. Those lines are from a poem by Rebecca del Rio called “Prescription for the Disillusioned.” Ever since the election (and, sure, since well before then), I think I’ve been afraid to let go of my anger. If I let go of my anger, how will people (read: my mom) know that I’m not accepting the things I don’t accept, like the misogyny and hate that the results of this election represent to me? But then, as I was packing these things up, I came across these lines from T.W.E.O.S.: “Letting go is not a passive state of acceptance but a recognition of the brevity of all things. This realization invites us to love fully now, in this moment, when what we love is here.” This is one of those things that is easier said than done. But I will try. (I will also forgive myself if I fail!)

And now it’s time to go pick up Isaac from daycare.

All our love and grief and everything in between,
Amelia, Matt, Isaac, and Teddy

p.s. Happy holidays! Here’s a video of me and Teddy making oysters.

p.p.s. Here are a couple of links to combat hopelessness!
1. “It’s Easier Than We Think: Ralph Nader on How We Can Change Society“
2. This song, on repeat, really loud, while dancing: “Rough Going (I Won’t Let Up)
3. This song, preferably while driving, maybe on a highway.

Holiday Oysters (with a Lemon-Parsley-Shallot Butter)
serves 2-4, depending on how much you love oysters

Get a large, broiler-safe (not glass or ceramic!) pan and fill the bottom with a layer of the kosher salt or rock salt. (If you don’t have a big enough pan to fit all 18 oysters, you can do them in batches, which is what I did.)

Mix together the butter, parsley, shallot, lemon zest, and pinch of salt. Set aside.

Shuck the oysters, removing the top shell and leaving them in their bottom shell along with their liquor and then place them in the pan atop the salt, one by one, as you go.

Place a nice dab (about a half teaspoon or a bit more) of the butter mixture on top of each oyster. Broil about 3-4 minutes. Serve on the half shell with lemon wedges.