I barely read the news anymore. Not that I ever really did. If I’m being truly honest, I bet you I read 567 headlines (probably via Twitter) and maybe four or five long-form political articles in their entirety in the year leading up to the 2016 electi… 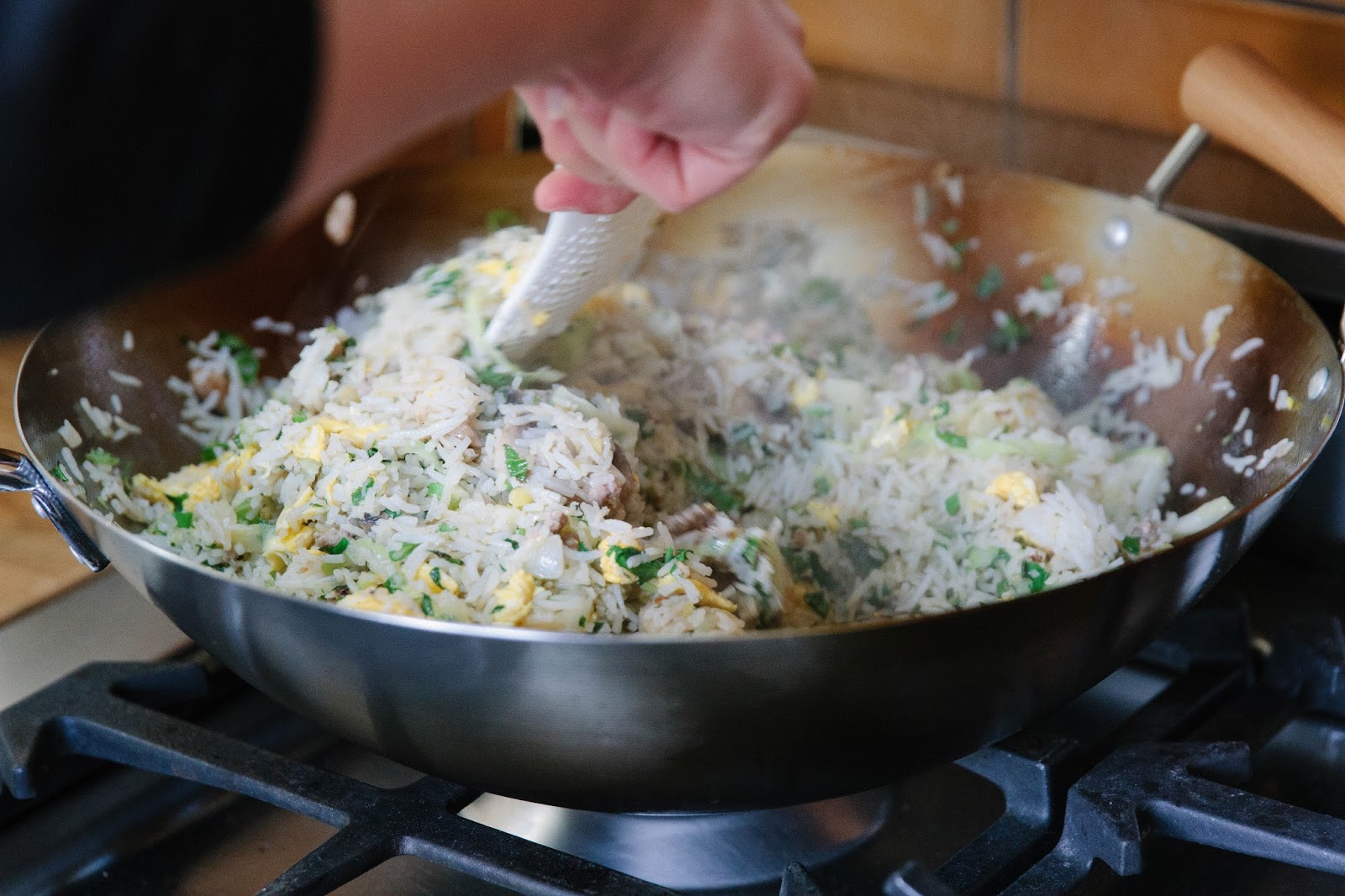 I barely read the news anymore. Not that I ever really did. If I'm being truly honest, I bet you I read 567 headlines (probably via Twitter) and maybe four or five long-form political articles in their entirety in the year leading up to the 2016 election. I still get a lot of news via Matt (and Instagram). I'm bringing this up because Matt just sent me this article, Why Facts Don't Change Our Minds, which I read in full and which, almost certainly because of confirmation bias, has led me to believe that: YES, I AM RIGHT NOT TO BE READING THE NEWS.
Another reason I feel justified in not reading the news is because I read a book about one of my favorite poets Rainer Maria Rilke and learned that when WWI broke out, he essentially had zero idea. He was just traveling around Europe, existentially struggling over his poetry and shirking all parental responsibilities. (And then he got drafted!)

Point being, I've been cooking so much and really enjoying it. I've also been writing and reading a ton. Instead of feeling resentful (a favorite pastime), I've been feeling lucky to be a woman, to be a part of this long-standing culture of taking care of the home. I read this poem last week and nearly cried.

Anyway, here's a video of me (and Teddy) seasoning and then using my new wok! The recipe is pretty time-consuming but a good one for getting rid of herbs and vegetables that are close to dying in your crisper.


Thai Herb Fried Rice with Pork adapted from Lucky Peach
Serves 4
4-5 cups of cooked long-grain rice (Leftover/cold rice works the best.)
8 oz. ground pork
1 large shallot, minced
half a head of cabbage, chopped
8 oz. mushrooms, thickly sliced
2-3 tbsp. fish sauce
2 tsp. sugar
4 tbsp. vegetable oil
4 large eggs, beaten
2 tbsp. garlic, chopped
2 tbsp. ginger, chopped
4 scallions, sliced, white and green parts separated
1 cup, chopped herbs like cilantro, mint, and/or basil
2 limes
Sriracha and salt, to serve
Break up the rice so that it’s not clumpy. Set aside.
Put the shallot and pork in a bowl. Put the cabbage and mushrooms in a bowl. And in another bowl goes the garlic, ginger, and white parts of the scallions.
Mix the fish sauce and sugar together and place in a separate bowl.
Heat about 2 tablespoons of the oil in a wok or a heavy, nonstick skillet. Pour in the eggs and cook. Fold the egg up and over itself, kind of like you’re cooking an omelet. Cook until just set but still glossy—should take about 30 seconds if your pan is hot enough. Remove the eggs to a plate and set aside.
Add 2 more tablespoons of oil to the pan, then a moment later, the garlic, ginger, and scallion whites. Fry for just a few seconds and then add the shallots and pork. Go ahead and also add the cabbage and mushrooms. Stir-fry all of this until the pork is cooked through, about 3-4 minutes.
Dump the rice into the pan and mix. You want to spread the rice out so each granule gets some time on the surface of the pan. Stir and fold once a minute for about 4 minutes. (A sturdy spatula really helps here.)
Pour the fish sauce mixture over the rice and toss to coat.
Keep cooking and tossing until the rice is evenly colored. Return the eggs to the pan, breaking them up as you go. Turn off the heat. Add the chopped herbs and scallion greens, and juice of one lime. Taste for seasoning. It will probably need a few nice pinches of salt.
Serve with additional lime.

Valentine’s Day-inspired reads to cozy up to.

Valentine's Day-inspired reads to cozy up to. Read More

Wine recommendations, beer tips, and the best cocktails to kick off your evening.

Wine recommendations, beer tips, and the best cocktails to kick off your evening. Read More

Just a little something sweet.

An elegant vegan Valentine’s Day menu that pulls out all the stops.

An elegant vegan Valentine's Day menu that pulls out all the stops. Read More

Not in the mood for romance? A greasy, meaty, cheesy menu to chase the Valentine’s Day clichés away.

Not in the mood for romance? A greasy, meaty, cheesy menu to chase the Valentine's Day clichés away. Read More

A romantic, satisfying Valentine’s Day dinner that’s bound to impress and almost impossible to mess up.

Tasty Valentine’s Day appetizers and entrées to set the mood.

Everything you need to plan the perfect Valentine’s Day night, whether you’re coupled up or single.

Everything you need to plan the perfect Valentine's Day night, whether you're coupled up or single. Read More

Cookies, cupcakes, and more dessert recipes for your game-day guests who always have room for something sweet.

Cookies, cupcakes, and more dessert recipes for your game-day guests who always have room for something sweet. Read More