This hot spiked apple cider recipe hits all the cozy notes! Rum or bourbon perfectly complement the cinnamon, cloves, and…

There’s nothing better than a warm drink in hand when the weather is chilly. Here’s a classic that’s required for fall, in our opinion: Hot Spiked Apple Cider! There’s something about the combination of sweet cinnamon and cloves with the subtle spicy finish of rum or bourbon that’s absolutely soul warming. The liquor melds seamlessly into the hot cider, making a smooth sip and a cozy finish. This recipe has just the right balance of spices with alcohol: and a side benefit: it makes your kitchen smell like a fall candle.

Apple cider is a drink that’s been around for thousands of years, dating back to the Romans in 55 BC! This spiked apple cider recipe is simmered with mulling spices, then combined with bourbon or rum for a tasty finish. Here are the ingredients you’ll need:

Making this hot spiked apple cider recipe is incredibly easy: all you need is time! Here are the basic steps:

Here are a few tips if you plan on serving this warming drink at a party!

Use bourbon or rum

What’s the best alcohol to use for a spiked apple cider recipe? Rum or bourbon are the best choices. Any type of rum works: white rum, aged rum, or dark rum (aged or dark will add more flavor complexity with vanilla and oak notes). Any type of bourbon works as well! The rum melds more seamlessly into the flavor of cider, making it our top choice. Bourbon is a close second, and has a slightly more prominent flavor on the finish.

Outside of this spiked apple cider recipe, there are so many winter drinks and hot cocktails to try! Try these cozy options: 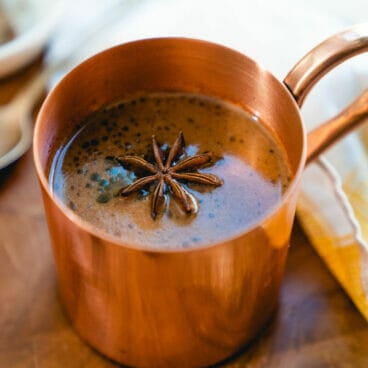 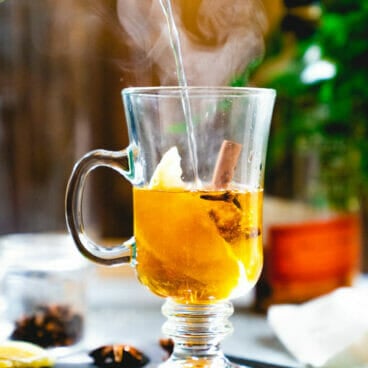 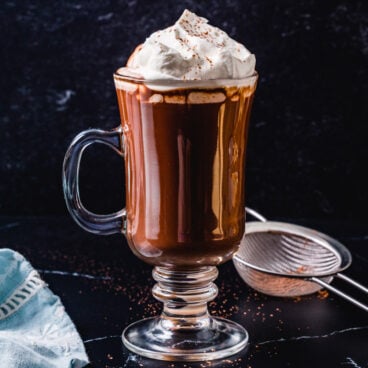 *Or, go to Crockpot Apple Cider for slow cooker or Instant Pot instructions. Make the cider, then add the rum or bourbon before serving.