The best way to drink white port? Try the White Port and Tonic, aka Porto Tonico! It’s a refreshing Portuguese…

The best way to drink white port? Try the White Port and Tonic, aka Porto Tonico! It’s a refreshing Portuguese spin on the gin and tonic.

Here’s a drink we have on repeat over here that we think should start trending: the White Port and Tonic! Otherwise known as the Porto Tónico, this Portuguese spin on the classic G&T might be even better than the original. White port is a style of fortified wine made in Portugal, sweet and light with notes of vanilla, caramel, honey, and orange peel. Add to that bubbly tonic water and it’s intensely refreshing, with aromas that linger after each sip. This one’s so impressive, we’re vying for it to catch on in the States…stat.

Help us do it: make one at home and tag us on Instagram!

Ingredients in a White Port and Tonic (Porto Tónico)

The White Port and Tonic is a popular drink in Portugal, a spin on the classic Gin and Tonic using white port wine. The Portuguese cocktail is an aperitif, or drink for before a meal. White port is a unique style of port made in the Douro region of Portugal that tastes lighter than the more traditional red variety. It makes for a deliciously refreshing cocktail that’s ideal in summer when you’re looking for a refreshing drink, but it works in any season. The ingredients you’ll need for a Porto Tonico are:

What is white port, anyway? Port is a sweet fortified wine from Portugal, usually served as a dessert wine. Port is most often red, so the white variety is a unique style. Here are a few more particulars on this unique type of wine:

White port and tonic tastes great with just the two ingredients in its name. But to give it just that bit of edge, make sure to add a squeeze of fresh orange before enjoying. We’ve tried it with lemon as well, but orange is the clear winner here. It mimics the citrus notes in the port and gives a zesty nose to the glass. Don’t go without it!

Tonic water is a carbonated water that contains quinine and is lightly sweetened. Don’t go about substituting Club Soda here, because it’s got a lot of flavor! It’s bubbly, bitter, sweet and sour, and it’s a popular cocktail mixer going back hundreds of years.

Quinine was historically prescribed as a medicine to fight malaria, and mixing it with carbonated water and sugar helped to mask its bitter flavor. Today, the level of quinine is much lower than historical tonic water and is safe to consume. Our favorite brand is Q Tonic: it has great flavor and is sold in small cans, just enough for a few drinks.

You can make a “blank and tonic” with just about any spirit! And trust us: we’ve tried. None of them are quite as special as the White Port and Tonic. But here are a few more tasty tonic water cocktails: 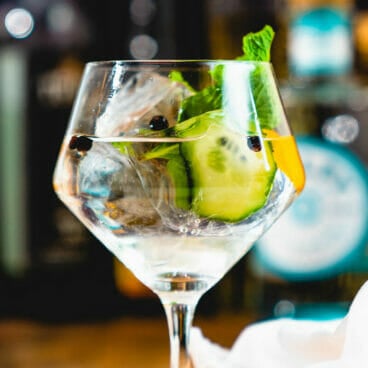 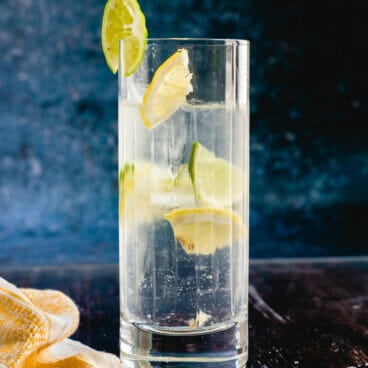 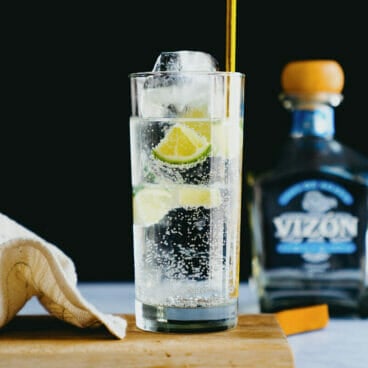 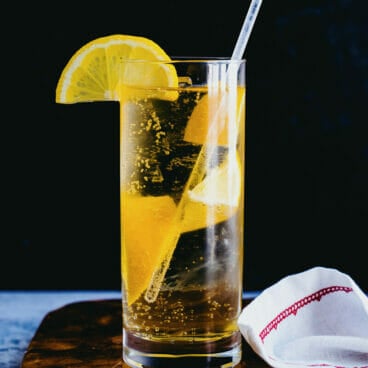